Sleeping with the Enemy

To sleep, perchance to dream;
Ay, there’s the rub,
For in this sleep of death,
What dreams may come.

I have an ongoing love-hate relationship with sleep. I used to have a t-shirt that read “I’ll sleep when I’m dead.” That was, of course, back when my daily stamina seemed limitless and I couldn’t stand the thought of missing out on a single moment (a chaotic and, fortunately brief, side effect of young adulthood, to be sure). But I have always loved to sleep- and frankly, I was good at it! 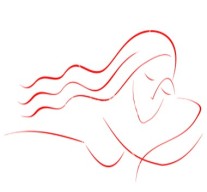 Growing up, I could fall asleep pretty much anywhere, any time. In fact, as a baby I would often nod off in my highchair during mealtimes. My parents eventually learned they could simply tilt my high chair back slightly and I would open and close my mouth like a little bird while I slept and they continued to spoon feed me.  In my adolescent years, I once attended a massive Girl Scout sleepover held in a church basement. Rebel that I was, my primary goal was to stay up all night long. So, I was really quite proud of myself  as the night went on and it seemed I would succeed…until morning (and a chaperone) found me napping…in the bathroom… on the toilet.  Just resting my eyes, I’m sure, but long enough for someone to go searching for me. And, as I got older I slept deep and hard – often snoozing right through the most obnoxious and insistent of alarm clocks – much to the chagrin of family members, roommates, and significant others who were not such sound sleepers. Well, all of this is to say that I was really good—some might even say gifted — at sleeping.

It was the rude awakening of auto-immune encephalitis that changed all that. While under the influence of this crazy disease, sleep patterns change nearly as often as the nurses change shifts. Early on, before I was diagnosed, my energy levels ebbed and flowed with the tide of bipolar-like symptoms – extremely hyper-active, energetic and manic episodes would last for varying time periods and then abruptly switch to a deep-seated fatigue that made it difficult to walk a few short steps or even hold my body upright for any length of time. I slept in fits and spurts, never for long and always accompanied by wild dreams. When I awoke, it was hard to tell reality from the dreams. There was a very surreal quality in the way I was seeing the world and it terrified me. 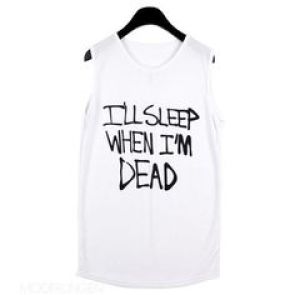 Once admitted to the hospital, sleep became even more evasive and erratic. I often slept less than a couple of hours in a 24-hour time period and never more than an hour at a time. The prescribed sleeping pills and anti-psychotic medications provided no relief and seemed to only fuel the fire of random outbursts, vivid hallucinations and violent episodes. It’s a unique sort of hell to recognize your worst nightmares while fully awake, made even worse by the inability to escape them at the end of the day through the oblivion of dreams. No wonder the fevered brain creates its own reality – it is a necessary, automatic survival mechanism.

When I was finally moved from the hospital to a rehab facility, my body did an abrupt 180 and seemed to decide it was finally time to sleep. And, sleep, I did – often 20 or more hours every day. The caretakers actually had a hard time keeping me awake for therapy – which was required in order to continue my treatment and stay in rehab. They did everything they could to keep me awake and motivated – but in all honesty, for the moment, I was more of a bystander than an active participant in my own life and I had little for which to stay awake. My brain was still on autopilot, fighting daily to clear the disease-infested haze. My room was a controlled environment limiting any and all potential ambient disturbances, as the slightest distraction could spiral from a minor agitation to a complete melt down. I was secluded from other patients and by that time I had no access to TV, limited (and supervised) access to my phone, and not even a clock to watch the time slip by.

Both physically and mentally exhausted from fighting an unimaginable battle, by the time I was released to home care, sleep was still the driving force in my recovery. I even slept through most of my homecoming party (oh how disappointed my old party girl self would have been — had she been awake to witness it, that is!). Sleep allowed my body to recoup in a way that no therapy could provide. I needed sleep like an alcoholic craves the last drop. Every single activity left me absolutely drained. I had to shower at night because even that small amount of exertion would set me back a bit, requiring a short nap to compensate for energy spent. Trips to department or grocery stores required the use of handicap scooters and stairs with more than one or two flights were completely off the table. When I eventually started work again, part time, I would get up in the morning, brush my teeth, eat breakfast and lay back down for a few minutes before heading to work. After work, I went straight back to bed until dinnertime, stayed awake for an hour or two and then fell immediately back to sleep. And again, like my young adult years, I slept deep and hard – often yelling, crying and talking in my sleep – still fighting unknown battles in my unconsciousness.

Waking up from the nightmare of this disease was gradual. Over the course of about a year, I began to slowly snap out of my stupor; I eventually needed less sleep, became more engaged and generally began to feel less like the walking dead. Now, three years out from the onset of this incredible illness, my love-hate relationship with sleep continues as I struggle to find balance. Although mostly recovered, one significant remaining side effect is the constantly racing mind of post encephalitic anxiety, making it nearly impossible to rest for any length of time with ease. I take sleeping pills every night just to turn off the switch momentarily and allow myself to rest for what little time I’m able to wrangle, usually no more than 5-6 hours a night. It’s not ideal but I know it could be worse. If this is the compromise between 2 hours of sleep and 20, I’ll take it and be grateful…Anyway, as my old t-shirt said, I’ll sleep when I’m dead. In the meantime, I’ve got some living to do.

We shall draw from the heart of suffering itself the means of inspiration and survival.
[Winston Churchill]